Through his groundbreaking roles and singular talent, Sidney Poitier epitomized dignity and grace, revealing the power of movies to bring us closer together. He also opened doors for a generation of actors. Michelle and I send our love to his family and legion of fans. 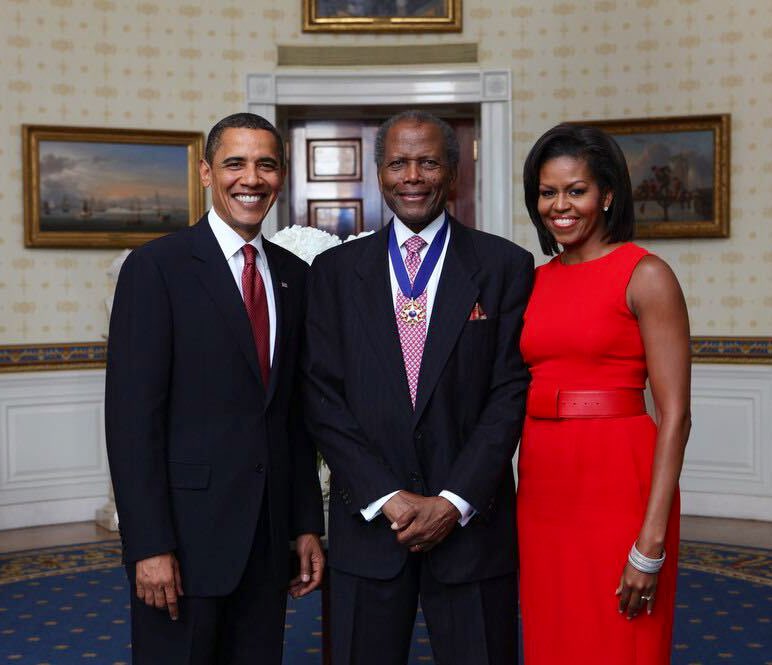 @BarackObama Giant among men. To Sir, with Love. @BarackObama May this icon rest peacefully🕯️💜🙏🏽 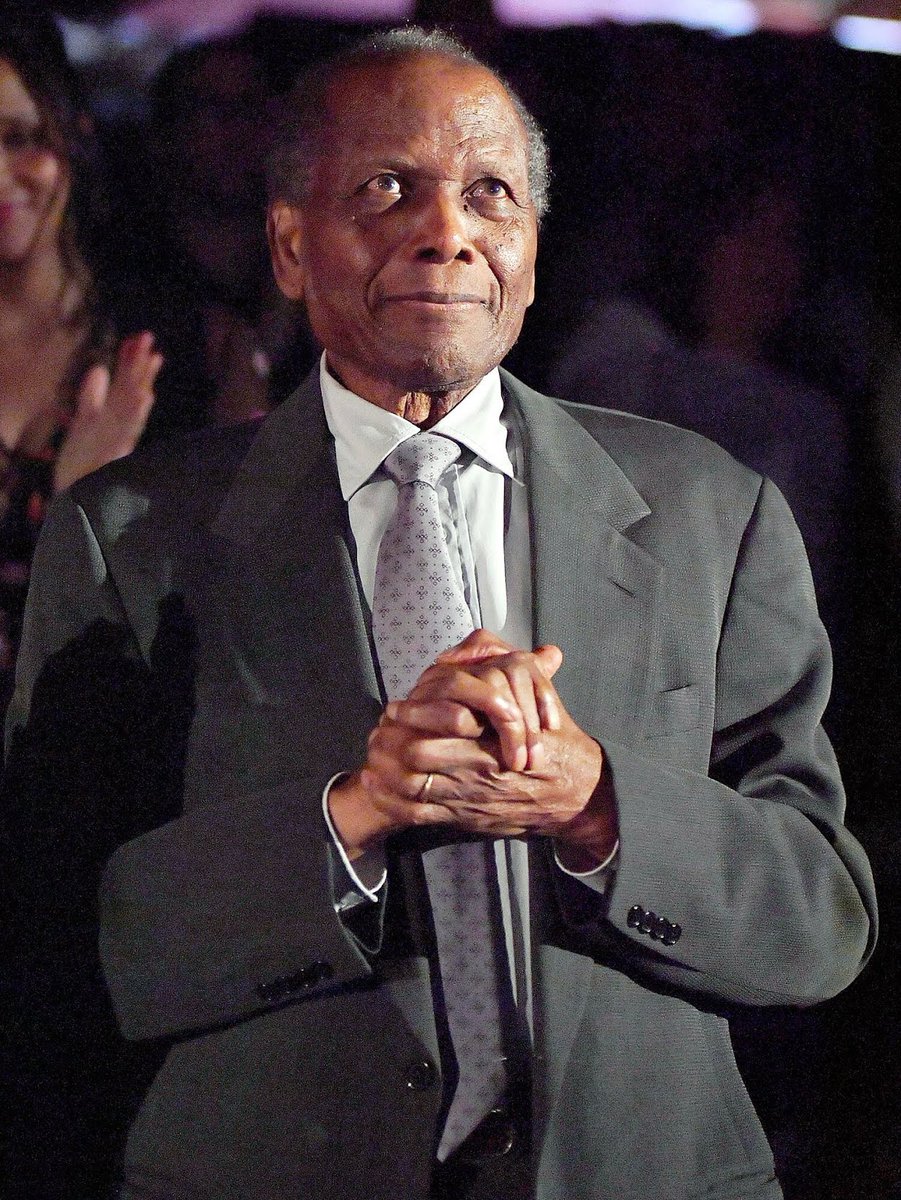 @BarackObama "If I'm remembered for having done a few good things, and if my presence here has sparked some good energies, that's plenty." ~ Sidney Poitier 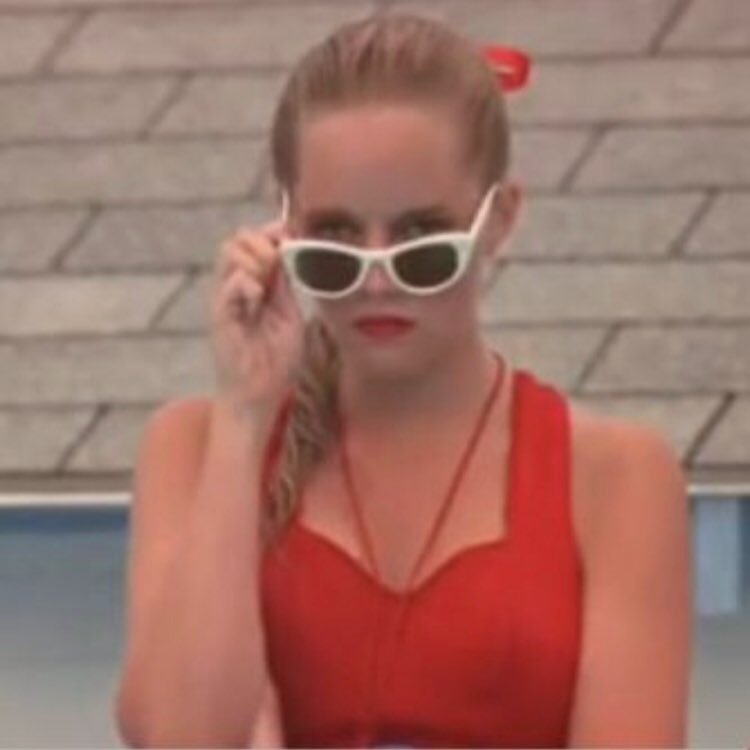 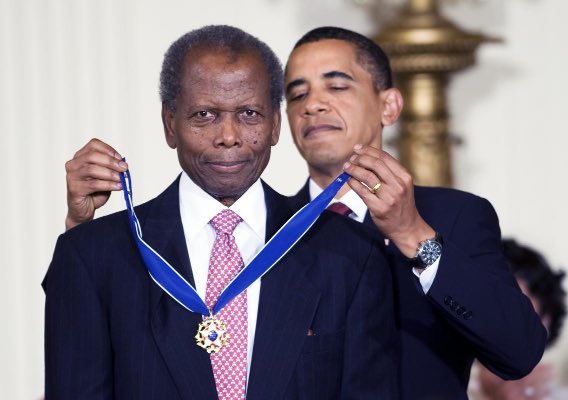 @BarackObama I'll never forget this as long as I live. ♥️♥️♥️♥️ 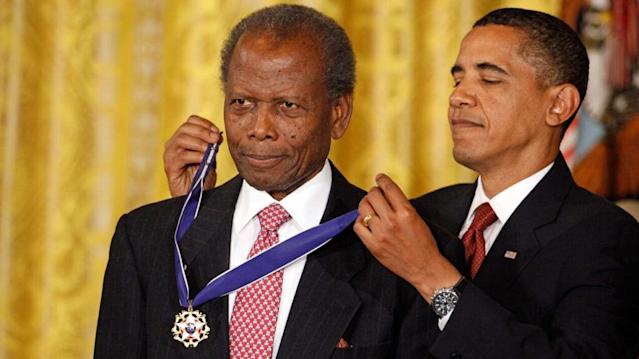 @markricks @1SweetLadyBlue @BarackObama A great human being, who was an actor... Love to all. 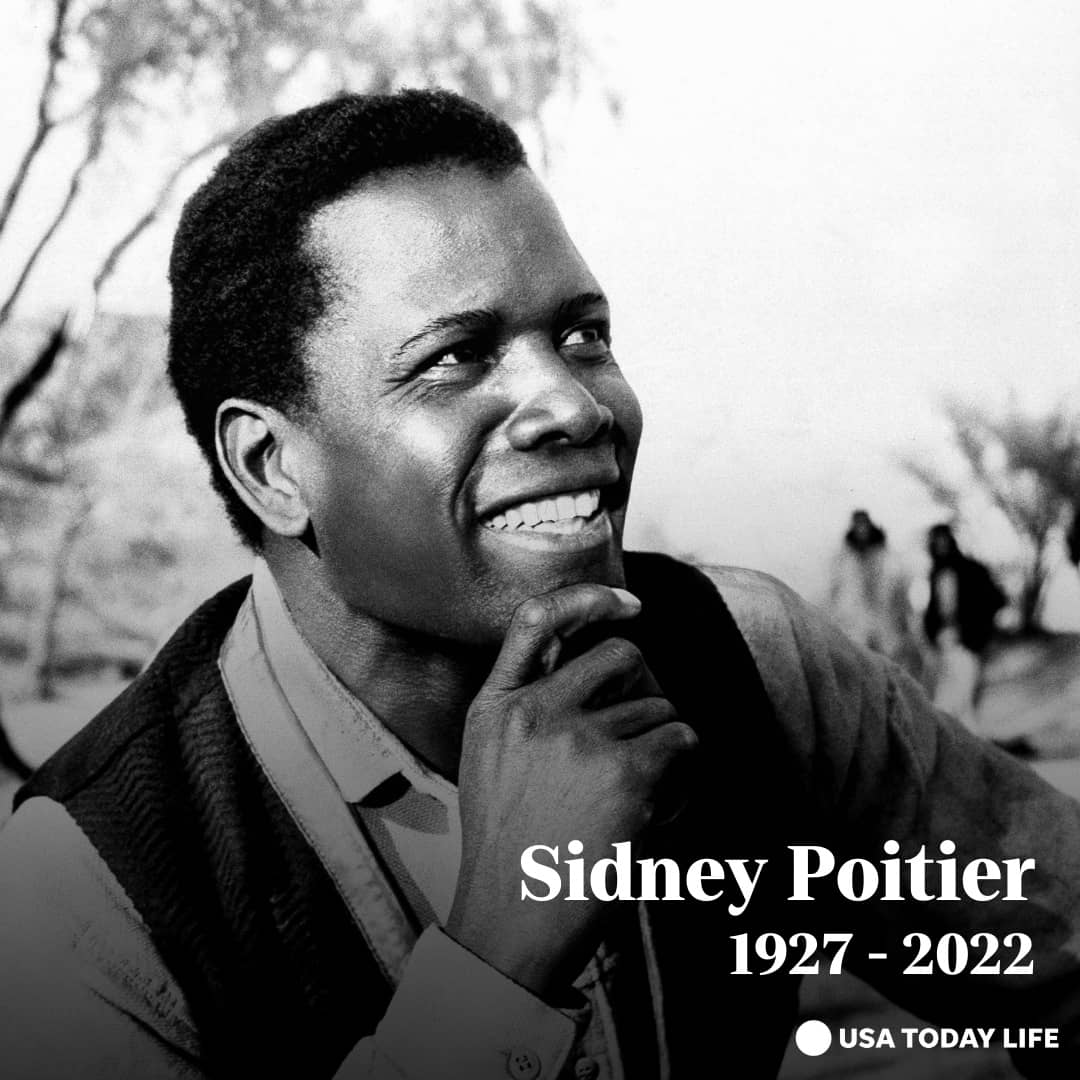 @_daveyH @BarackObama We know Ambassador Poitier had many honors bestowed upon him.From Academy Awards to Knight Commander of the British Empire by Queen Elizabeth II but I am quite certain none gave him more Pride than receiving this from President Obama. Rip Sir Sidney! 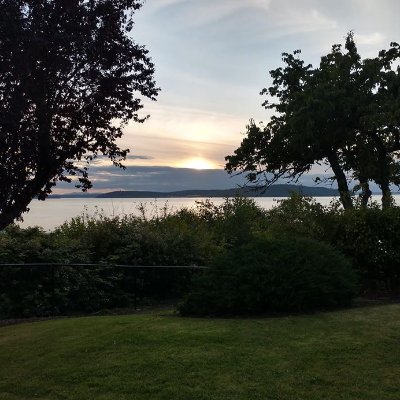 @BarackObama @ToddandErin I'm watching Lilies of the Field right now. I don't think I ever got around to it.