@GarcelleB let them know u are entitled to ur feelings. Be strong enuf to defend urself on ur own. Ppl will even love u more that way. Erika already deemed u as boring and that u cannot carry d show in one of her tweets. Pls prove them wrong. It's time to get rid of the fox five

@GarcelleB Don't let bravo spin the narrative of the reunion on u. Rinna called u unhappy, talked in a condescending way to u. Don't let bravo allow the viewers turn on u. Ur fans wants u to speak up. If u stand on ur words, that's what d camera will show. Pls

@GarcelleB @AforHumanity @Catwalk_Miami @joshuamribadeo @GarcelleB pls so many black people want u to speak up. Do let the white cast dictate anything to u. As much as we support u, we want to to also speak up and not b scared. Erika the thief is not scared so why should u. I hope u are speaking up pls

@GarcelleB @AforHumanity @Catwalk_Miami @joshuamribadeo Pls I hope u are not letting the rhobh ladies gang up on u for the third time. Pls don't sit there smiling if u av bin insulted. Don't b intimidated by kathy or the fox five. Don't let erika boss u around. U only can command your voice. Don't dim ur light 4 others to shine.

@GarcelleB @AforHumanity @Catwalk_Miami @joshuamribadeo Gorgeous. @GarcelleB u said on d real that u want to soften ur honesty. Pls do not. U can be honest. Just don't b scared to defend the honesty. Pls we are not in the slave era anymore. Pls u represent black people. Pls don't repeat what happened at the reunion where u sat silent

@GarcelleB Please highlight your arguments next season. Its like whenever u are yelled at or you feel no one is backing you up, you back down or you completely shut down. Please stand ur ground next season. Don't b scared and defend ursef properly. Prove to them they don't need lisa rinna

@GarcelleB U look very happy and relaxed unlike lisa rinna. Please don't forget to speak up more this season. U can stand on your own please. Be assertive, be bold. Don't be intimidated by any of the cast. Stand ur ground no matter if they are all aiming at u pls for once. Thanks

Don't let anyone in on whatt u wuld say next season. Not even sutton or crystal who is ur friend. @GarcelleB even though sutton is ur friend, this is bravo. U never know if she's there to know what u av going on. We've seen crystal shift sides multiple sides. So there

It gives more weight to your point. @GarcelleB Like see how dorit said u are chicken shit. Prove u are not. Crystal being offended for what u said. U could av told her she said the same about sutton and dorit too. U av to be quick witted. Trust yourself more pls. twitter.com/Makehaay/statu…

The fox girls are very good at making u apologize for ur conviction which is right @GarcelleB no matter how much no one is on ur side, do not apologize for what u think is right and highlight ir points. Don't say u said all bad stuffs to me. Instead mention the bad stuffs said.

Please @GarcelleB if production wants u to say something, weigh it if it benefits u or d fox five. Wen u ask questions, ask with confidence and not timidly. This fox girls check body language. The way u talked and was confident on wwhl, please act more that way

Please @GarcelleB u can see in the diamonds and rose book, lisa rinna and erika still destroy denise character. They av not changed. And it's because denise did not fight back. Don't let them walk all over u next season.

@GarcelleB Please please please be stronger for next season. Command the apology u deserve verbally. U only can stand up for ursef. The moment the fox five sense u are weak, they will strike. Pls. Don't even bank on sutton or crystal. Pls don't allow disrespect to slide by. You are the Star

@GarcelleB Garcelle pls av ur words ready against dorit, lisa rinna and kyle. Don't let them play u for next season. Don't b afraid to disagree to what can put u down. At the end of d day, they can see u scare easily. If u play ursef, it would b th andy and fox five joy.

@GarcelleB @GarcelleB pls don't forget to let ur voice be heard. Don't be intimidated or manipulated by d women on rhobh. Let ur voice b heard. Don't run after erika either, supporting her is not a good idea. Don't wait 4 support. U are ur own support system. Pls speak up.

@RhondaR99577516 @GarcelleB She really did not know who Carlton was but I do worry garcelle is intimidated by d girls and cannot voice her opinion despite d support she got going into the reunion. I just hope she toughens up. As much as we support her, pple are not happy with how she lets them belittle her.

@GarcelleB That's amazing. Just a reminder, pls don't be afraid to face the fox five on your own. Don't wait for backup. Porsha does it so well on atl on her own. Young black people are looking up to u. U can read them with elegance and assertiveness without coming off angry

@carolkarolyi @GarcelleB @BravoTV Exactly. The fact Erika was even helping attack garcelle in the first part of the reunion. And yet they did not see thru her lies. If erika spots that u are weak, afraid or can't talk back at her. She will frame u to cover up her dirty deeds just like she did garcelle in laquinta

@GarcelleB @TheEternals @MarvelStudios @Marvel Pls let the girl boss u are reflect in season 12 of Rhobh and u promised u will handle dorit and rinna. Pls don't let it be word of mouth. Don't b scared of erika either. No more excuses. U owe ur fans that.

@GarcelleB @TheEternals @MarvelStudios @Marvel Marvelous. Lisa rinna and erica jayne are narcissists. Very smart and cunny. Lisa rinna said u were not friends on wwhl, after the reunion aired, she literally posted a picture of both of u to cover her ass. Pls point all this all when filming and leave no crumbs.

@GarcelleB pls do not let rinna turn what u said about her around on u wen u start filming. And if vanderpump comes back, don't let her tell u say anything to anybody. Let her say it herself. Vanderpump is very good at hiding her hands but she does not get caught.

@GarcelleB Dorit called passive aggressive this reunion again for the 50th time. If u don't stop her from saying that. She will say it again. God am so annoyed by dorit and lisa rinna

@GarcelleB practice how to respond wen pple talk back at u. And also argue ur honest opinions and don't back down. U av ur fans, all we need from u is to deliver. No more saying boldly "I will handle them" only for u to allow them yell at u and not tell them to stop.

@GarcelleB just like u admited " I wuld say it to ur face next time" wen u were actually direct. Pls don't do that next time. Instead stand on it that u av been honest and don't waiver on ur opinion pls.

@GarcelleB there is a quote that says u should carry and treat urself how u want others to treat u or else they will want to make u a doormat and control ur way of thinking. Even the rhobh girls especially kyle wants to change ur train of thoughts, don't allow it

@GarcelleB pls represent those who are championing u and speak up please and never be intimidated. On the real, u see jeannie mai likes to make u feel ur opinion is not valid, but u stand ur ground. That's how u shuld act on rhobh. twitter.com/Makehaay/statu…

@GarcelleB No more smiling and feeling hurt on the inside. Be very smart to maneuver any heat. And stop taking any blame for anything u did not do. Never allow the cast, not even sutton or crystal make u apologize for ur feelings Pls twitter.com/Makehaay/statu…

@GarcelleB please watch the view and listen to whoopi's advice for u. You have to not let the girls walk all over u. Everybody from all works of life that watched will think they can yell at you and u wuld just b looking. She has to apologize on camera.

@TeresaH14364606 @GarcelleB @ParisHilton @KyleRichards @KathyHilton @doritkemsley1 For stupid, borrower dorit and botched lips lisa rinna to be able to yell at her twice, it's because Garcelle did not warn her sternly the first time. Garcelle should learn how to put a person in there place nicley and sternly. Especially lisa rinna and dorit who assholes

@TeresaH14364606 @GarcelleB @ParisHilton @KyleRichards @KathyHilton @doritkemsley1 @GarcelleB has to really show us she is not okay with it and not just smile it off and be mad on the inside. She has to really bring it next season because if she does not stand her ground, they will walk all over her again. She needs to speak up more. 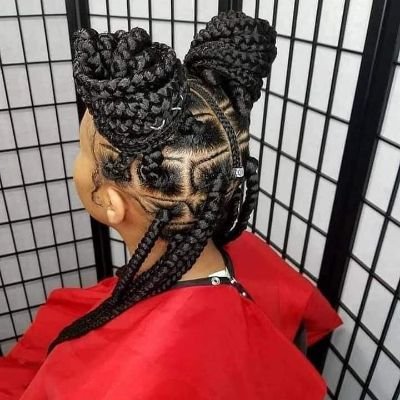 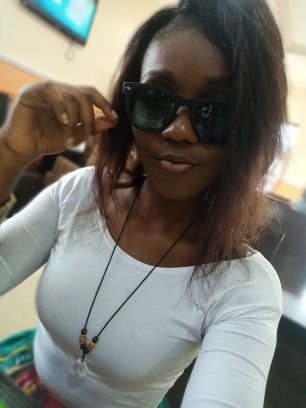 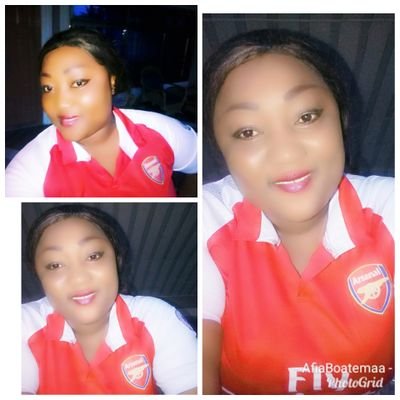 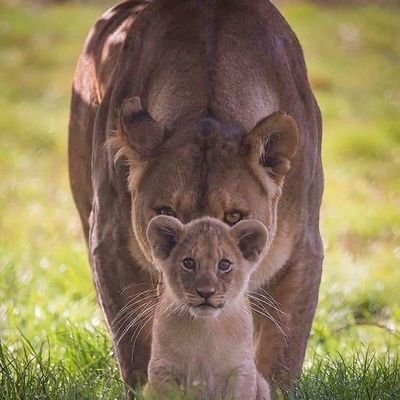 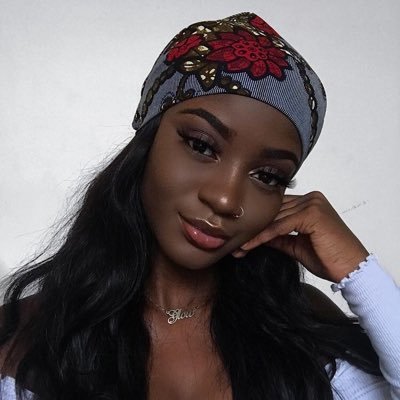 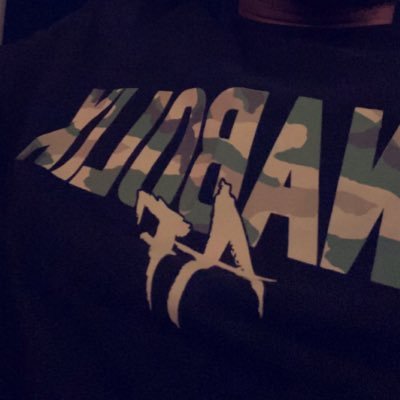