Official Twitter account for https://t.co/kTbusVlccD ⚫️🟠 We make it easier to be a fan ⚽️ Download the app and join our community 👇 v42xp.app.goo.gl/6LvW Pitchside Joined November 2010

@ginkers Hi Giancarlo. Thanks for getting in touch. It's great that you have taken then time to provide us with this feedback, we're always looking for ways to improve our product. We'll be sure to pass this over to the relevant department for you All the best, Team LiveScore

@rlpldn Thanks for letting us know about this. The necessary amendment has been made and the correct information should be showing within 24 hours. We’re working hard to ensure that this doesn’t happen again in the future. All the best. Team Livescore

Marching 🔛 to the quarter-finals... 👏🏆 Chelsea, Arsenal and Sunderland are all one step closer to Wembley #CarabaoCup 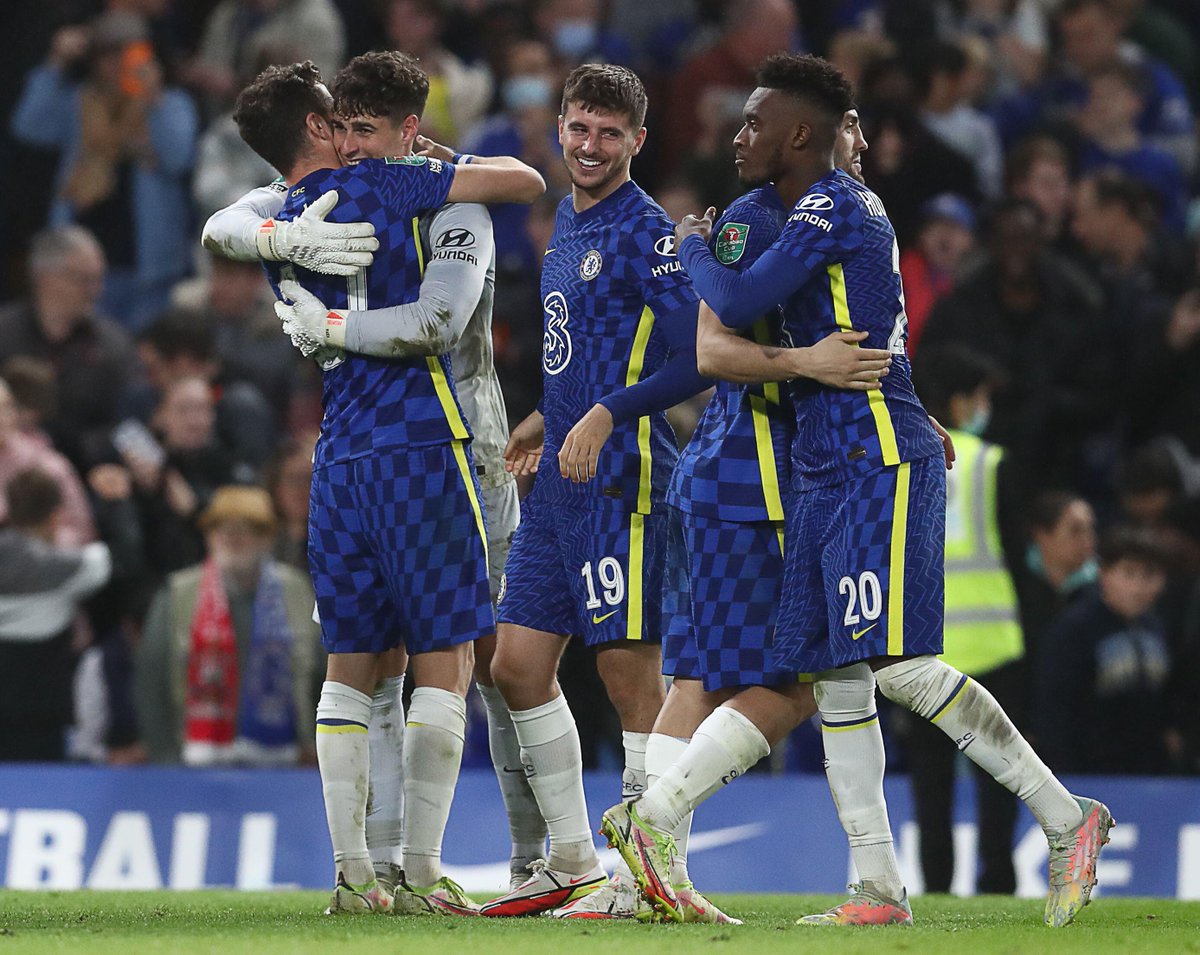 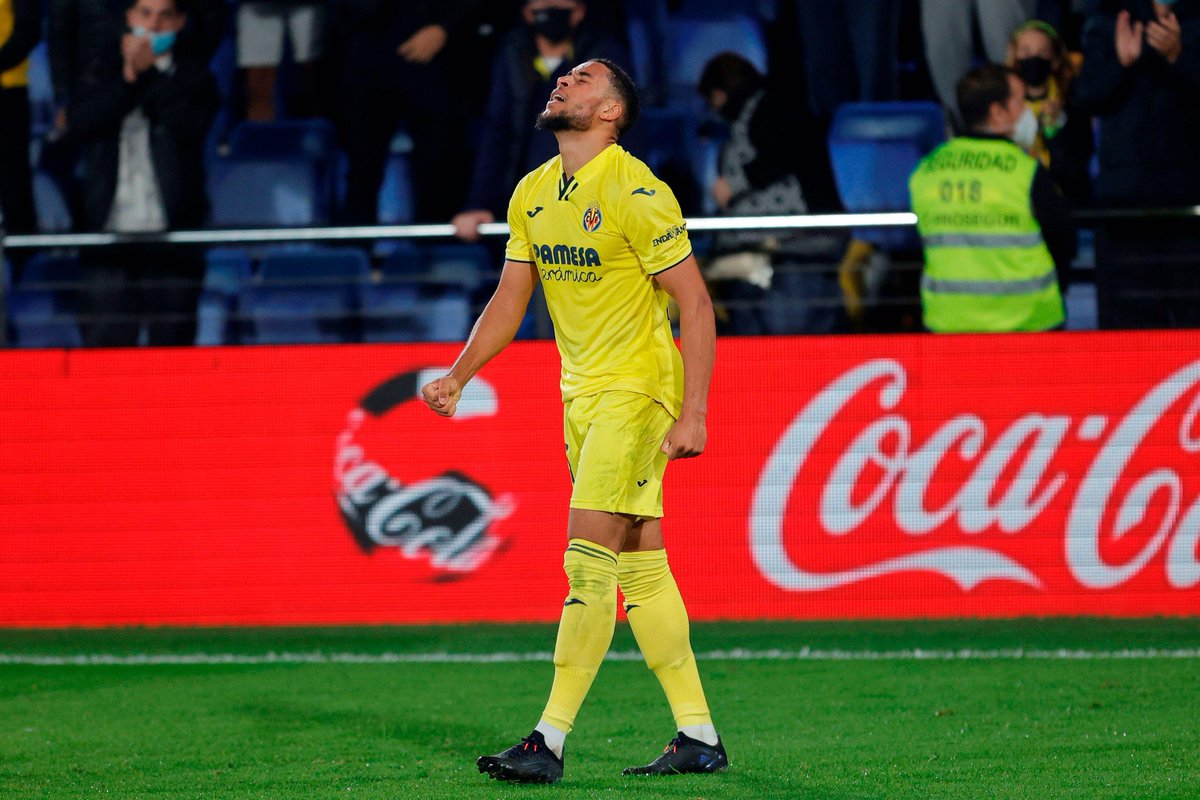 Into the final 5⃣ minutes at the San Siro ⌛️ AC Milan have a narrow lead thanks to Olivier Giroud, will they hold on? 🔴⚫️ #MilanTorino #SerieA 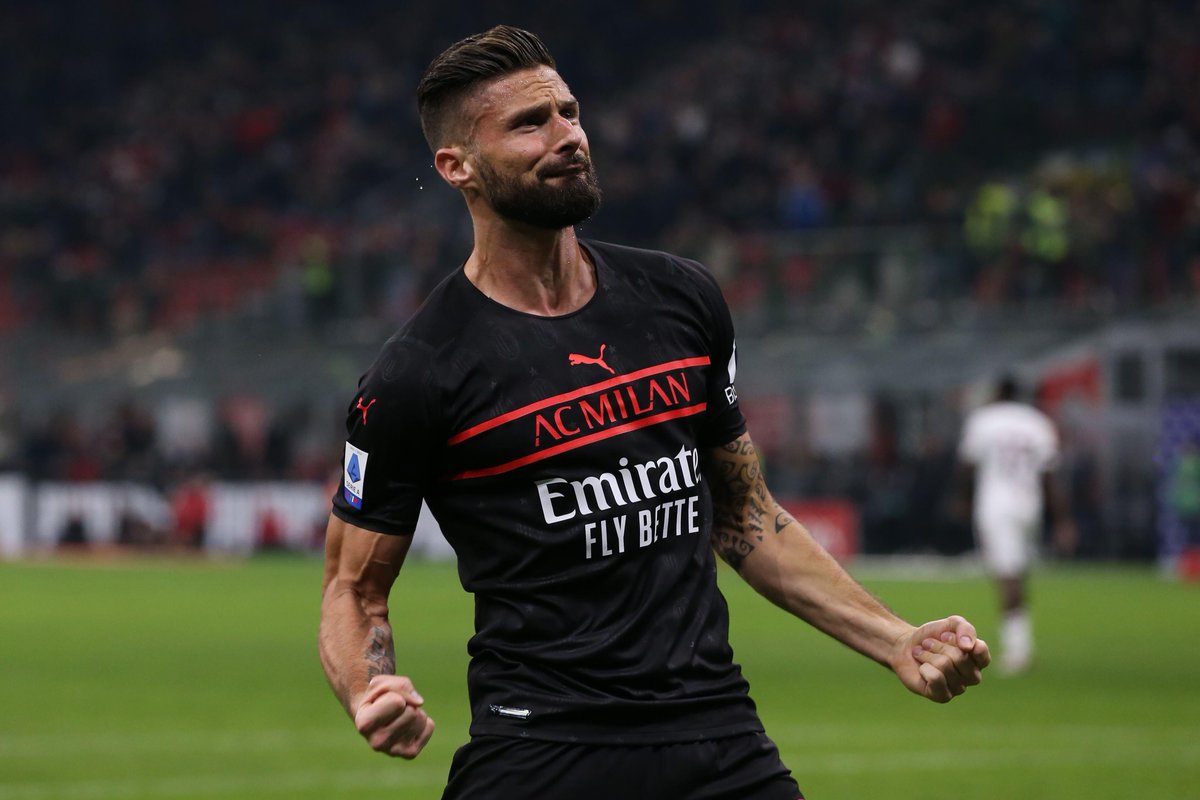 Throwback to Thierry Henry's 𝙄𝘾𝙊𝙉𝙄𝘾 Arsenal return against Leeds United in 2012 🔴👑🔙 RUN. IT. BACK 😍🙌 #CarabaoCup 🎥 @Arsenal

Still trying to influence the game, even after a red card 😅👋 Typical Jose Mourinho ™️ 🎥 @OfficialASRoma 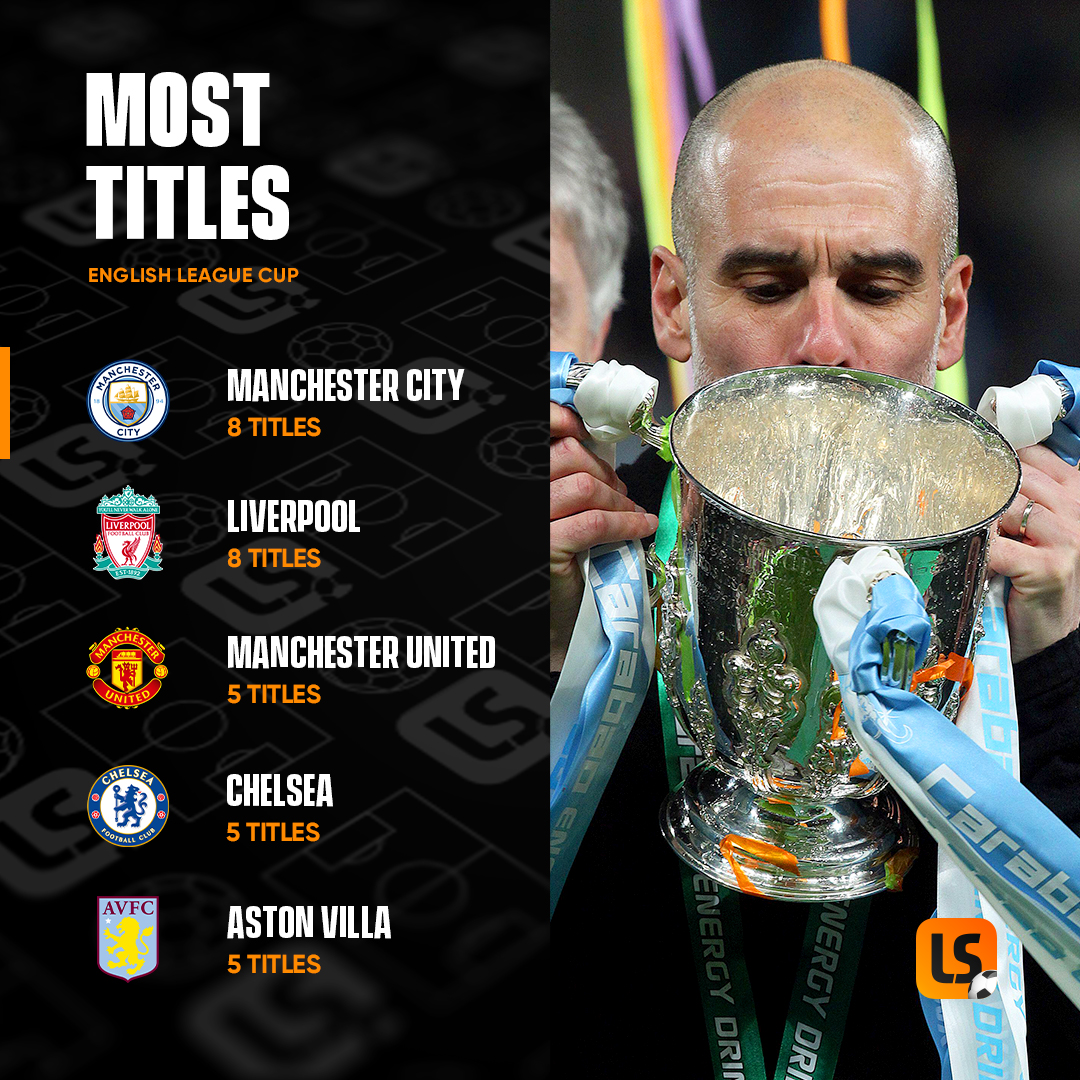 @onyekere_prince Hi Prince, thanks for getting in touch. We have recently updated our App, so if you are using an older version, you will need to update the app so that you can start viewing those fixtures and results again. If you need anything else, please let us know. Thank...

Scudetto contenders? 🏆🇮🇹 AC Milan have won 𝟴 of their first 𝟵 #SerieA matches for only the second time in their history 🔴⚫️ 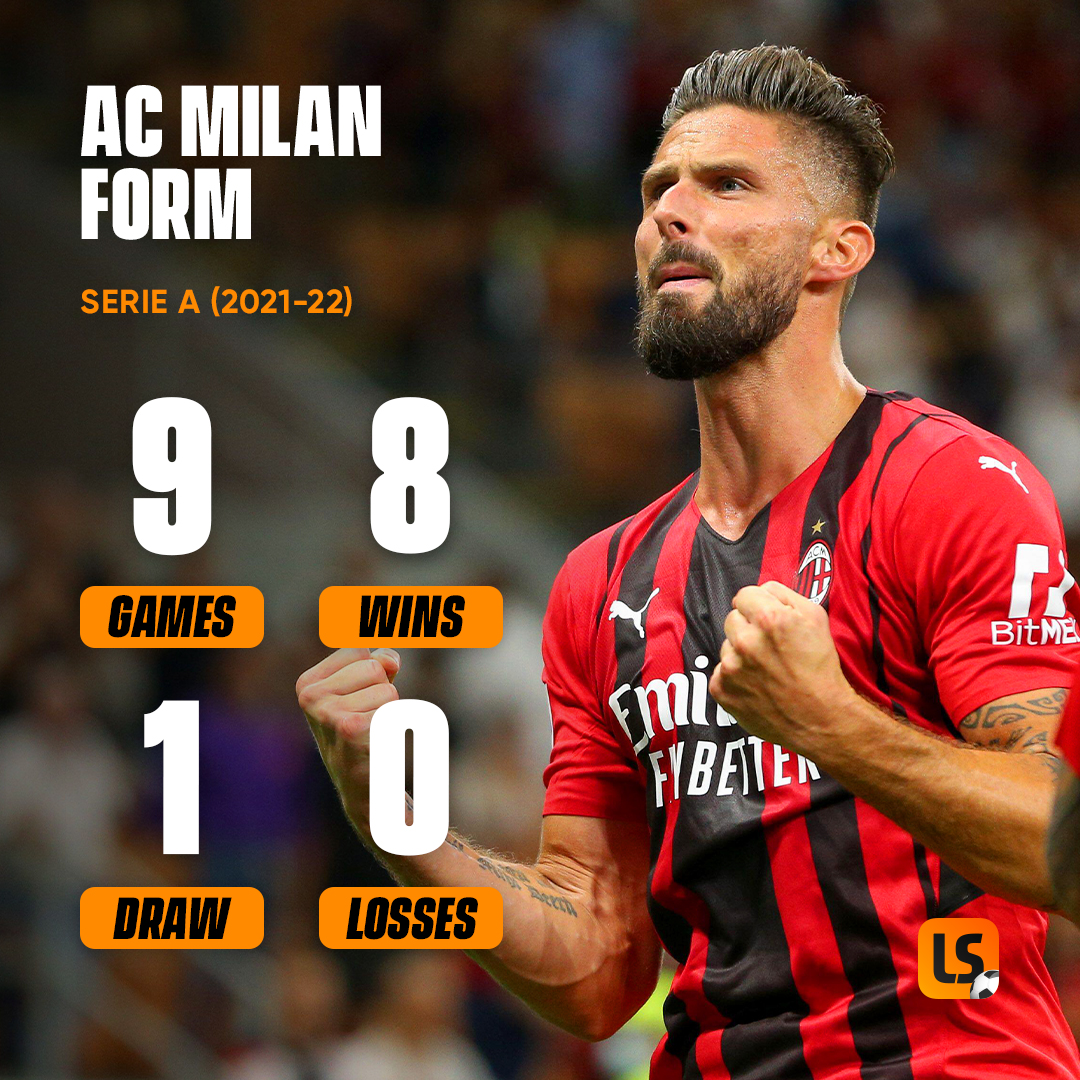 📚 𝗧𝗥𝗜𝗩𝗜𝗔 📚 Mohamed Salah is now the highest scoring African player in Premier League history 🥇🇪🇬👑 Can you name the other players in the top five? 🌍🧐 👀 Find out here: bit.ly/3BfL3iU #PremierLeague 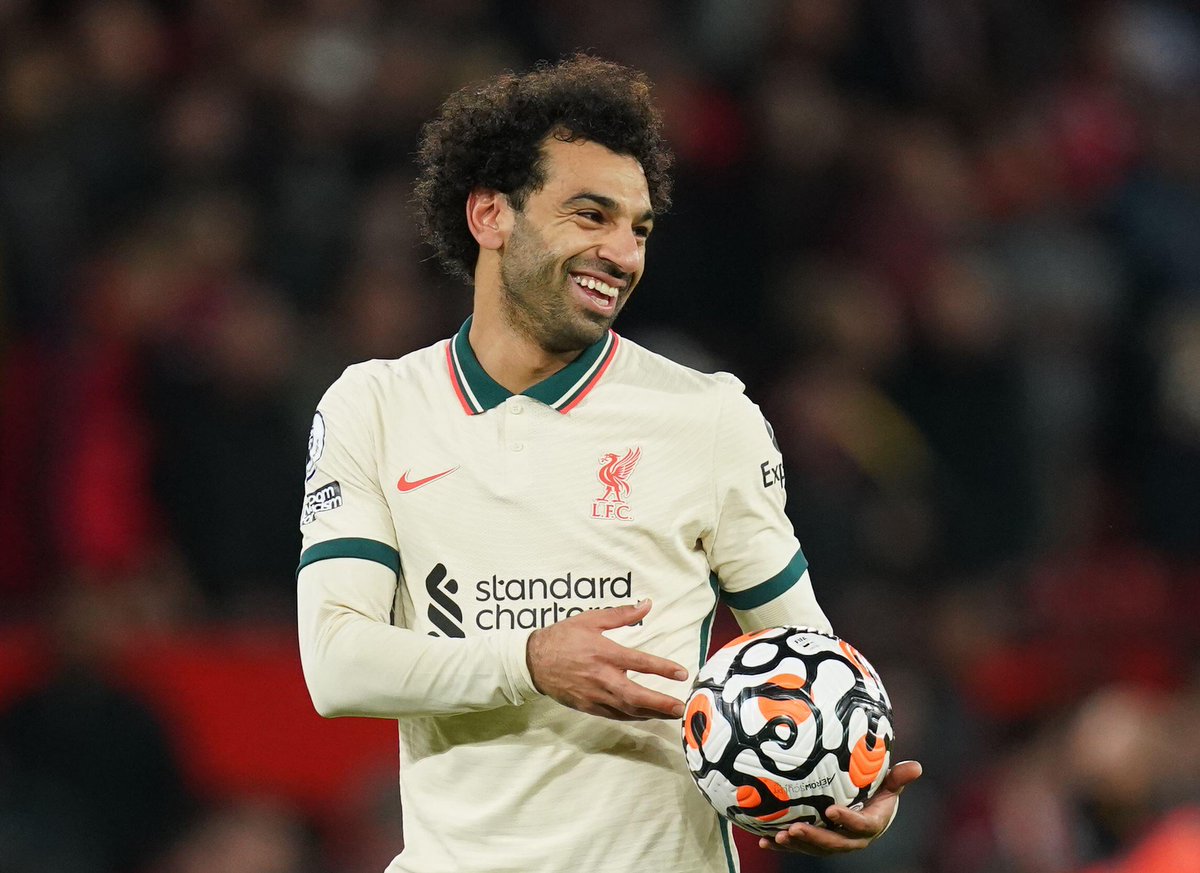 Sir Alex Ferguson and the Manchester United board want to give Ole Gunnar Solskjær another chance to be in charge for Tottenham game. @FabrizioRomano 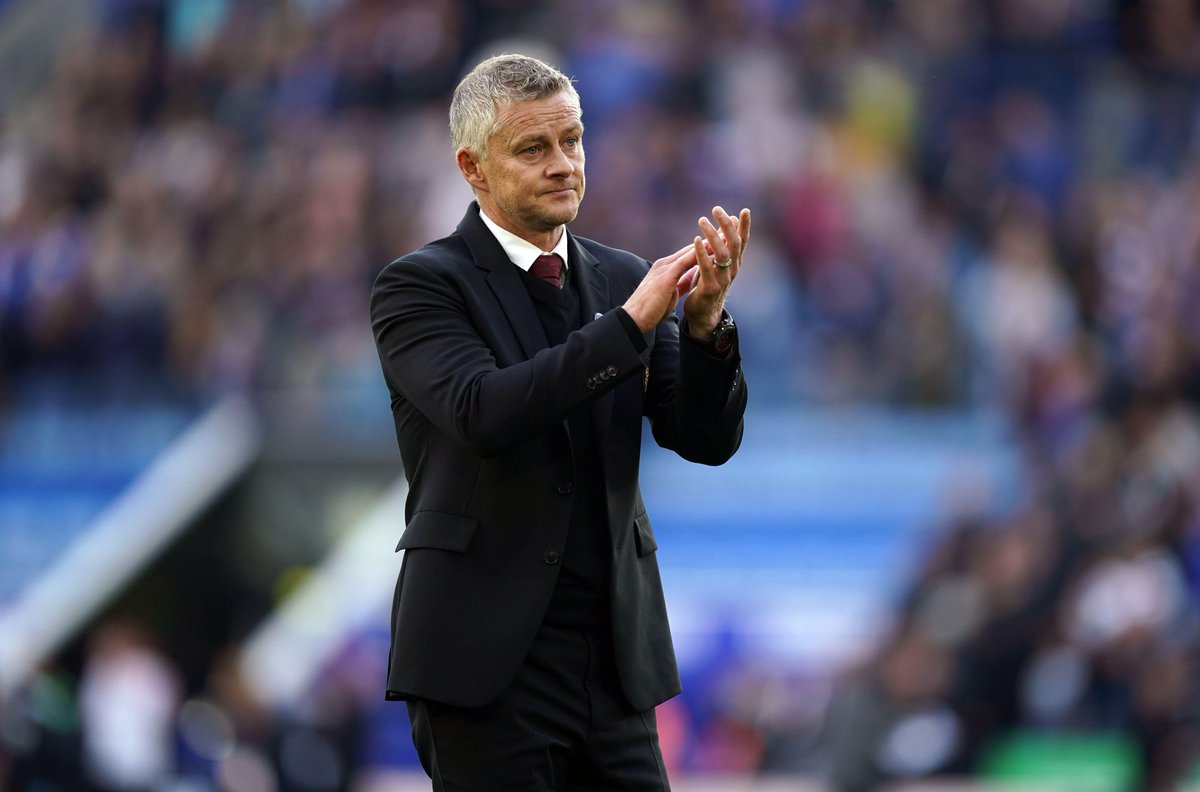 🗣️ "I'm having trouble with Leo out on the right..." 😕 Thierry Henry believes Lionel Messi is too "isolated" in PSG's side 🇦🇷📉 livescore.com/en/news/messi-…

🔍 𝗜𝗡 𝗙𝗢𝗖𝗨𝗦: Rafael Leao 🇵🇹 The Portuguese youngster is lighting up the San Siro 🔥 Can the Sporting academy player follow in the footsteps of Cristiano Ronaldo, Luis Figo and Nani? 👀😯 #ACMilan livescore.com/en/news/in-foc…

@rlpldn Thanks for getting in touch and highlighting this to us here, appreciated. Would you happen to have a screenshot of this error at all so we can ensure we are addressing as needed here?

🇪🇸 🆚 🇦🇷 = 🍿 Barcelona will face Boca Juniors in an exhibition match in Saudi Arabia in December in honour of Diego Maradona 🙏 👉 Find out more: bit.ly/3jBPQ8C #MaradonaCup 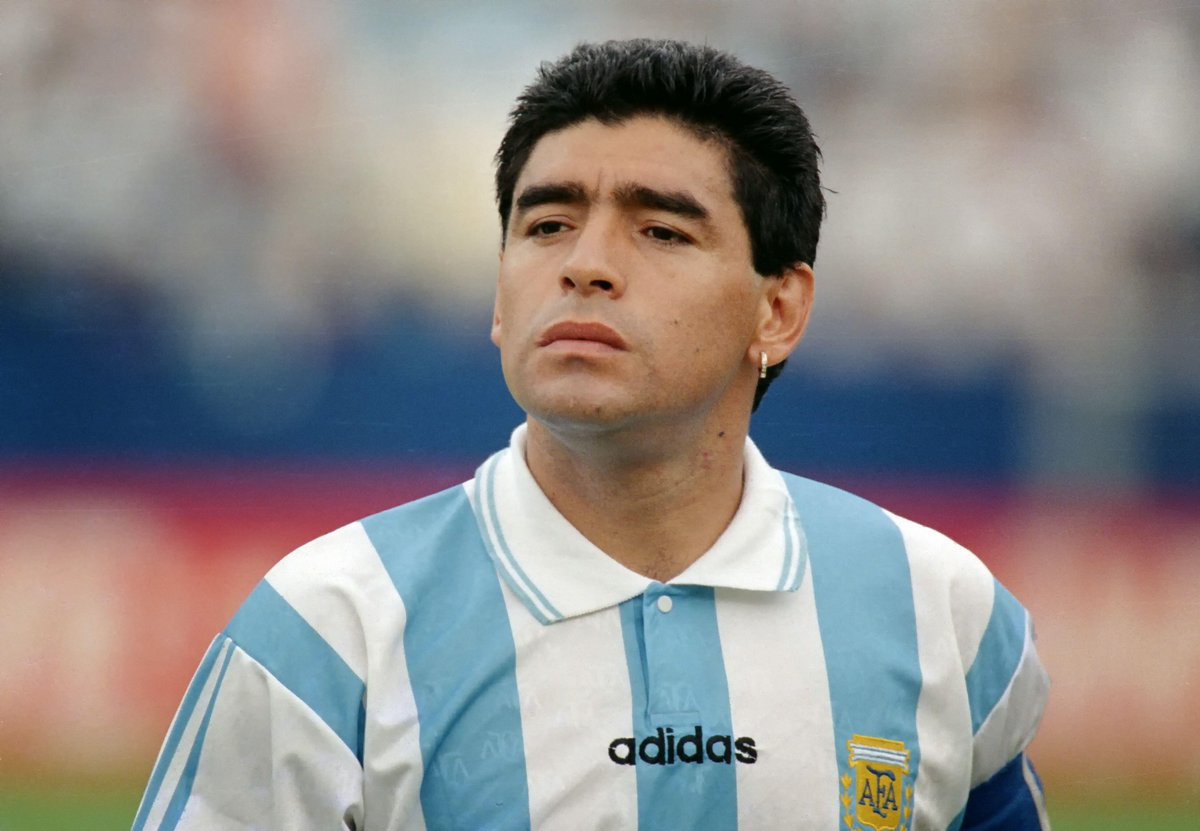 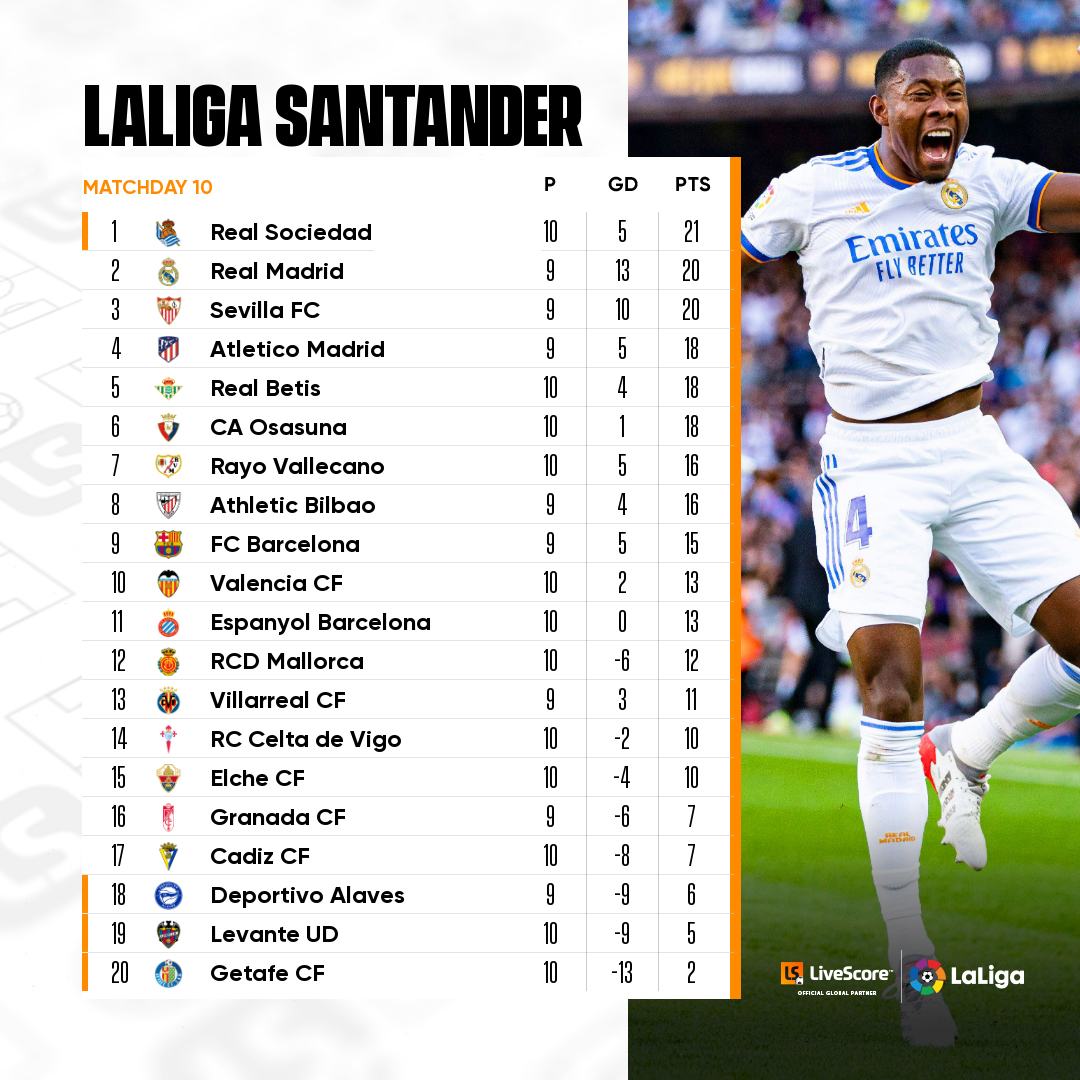 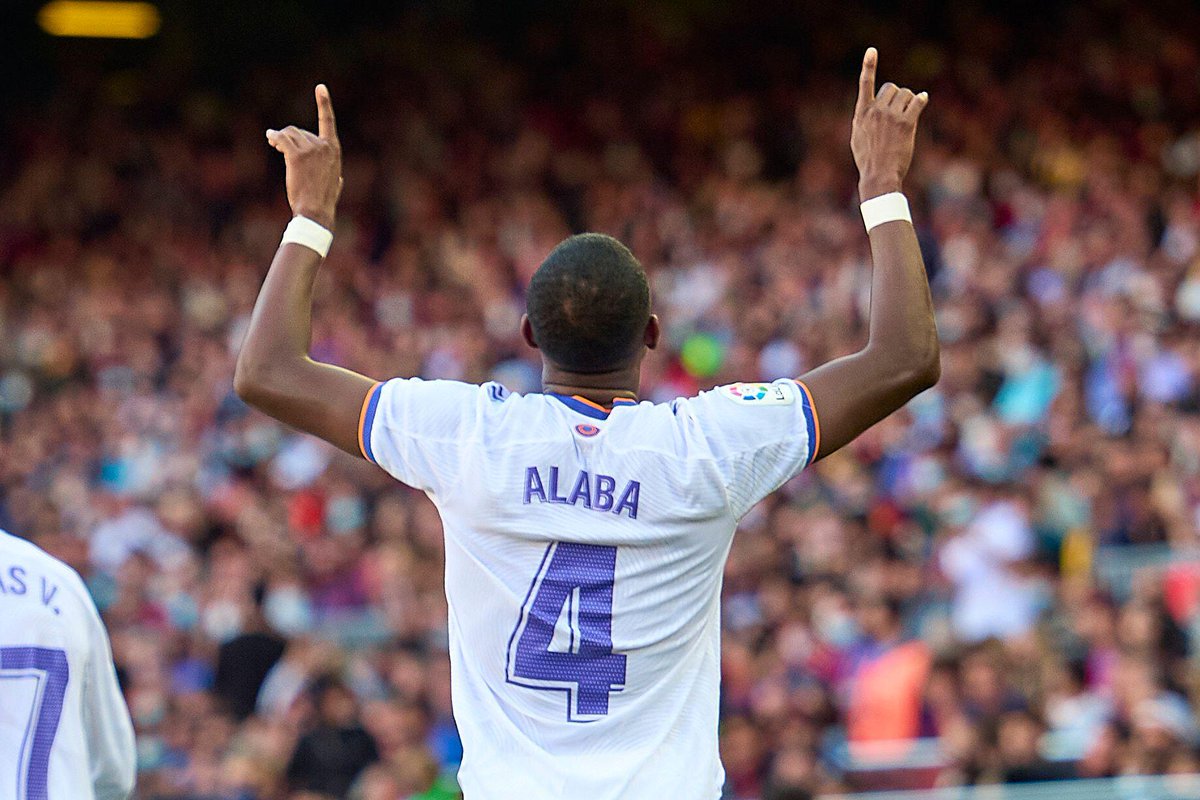 @Gweenbleidd Hi Gweenbleidd. It's great that you have taken then time to provide us with feedback, we'll be sure to pass this over to the relevant department for you and if you have any other suggestions, please do get back in touch. Team LiveScore

The African Cup of Nations is just over 2⃣ months away 🌍 Here's how your #PremierLeague club could be affected 👀 Look away now, #LiverpoolFC fans 😬🔴 livescore.com/en/news/when-i… 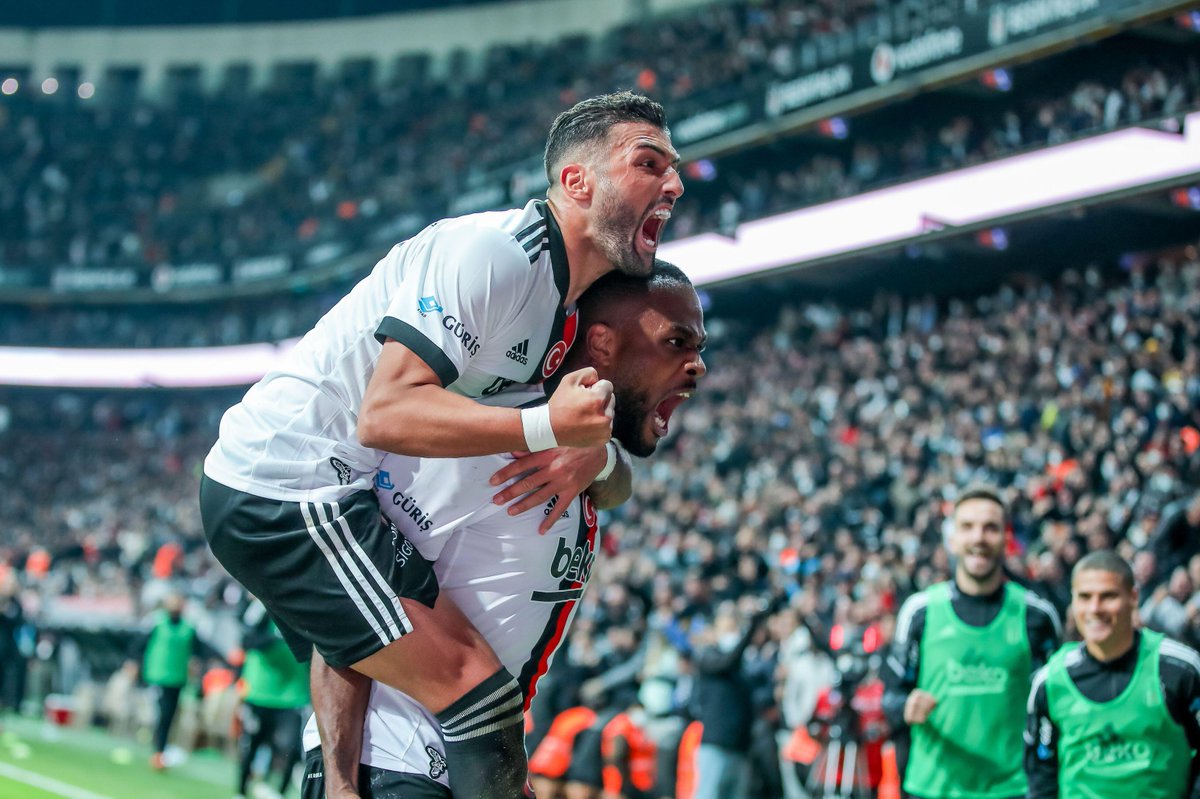 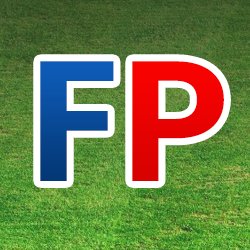 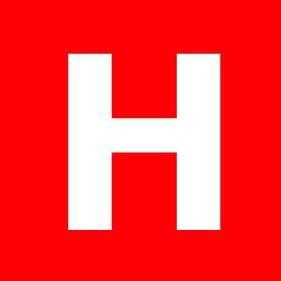 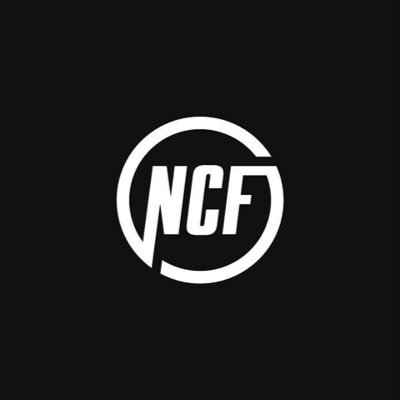 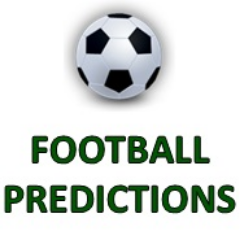 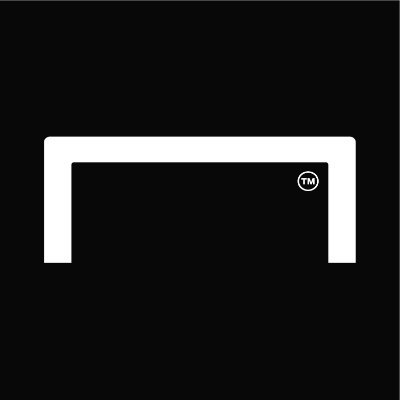 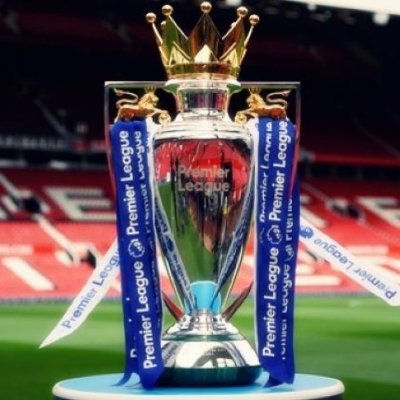 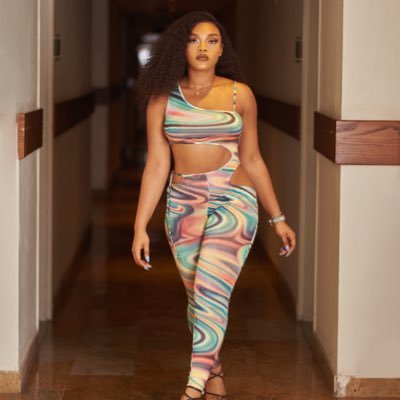