Can we please get a Gizelle/Grace/Adore/Angel spin-off stat? Gizelle Under Fire? I love their dynamic and the girls are wise beyond their years. #RHOP #gizellebryant #bravotv #realhousewives

Did Karen learn nothing from the Asia O’Hara when it comes to surprises involving butterflies? #RHOP #bravotv

The #RHOP editors are savage with that close up of the salad. #RHOP #realhousewives #bravotv

#RHOMelbourne Episode 3 - A goodie! Yay - Gamble and Janet’s reaction to Jackie’s pregnancy showed just how close they really are - love - Anjali is a vibe and I’m here for her - The note-off and Swan race were hilarious. I ❤️ Gambie and Simone. - Kyla? No merci. 😵‍💫 - Cherry? 😴

I mean I too thought Janet was wearing a tracksuit and Kyla’s outfit and hat were stupid. Both were right in my eyes. #RHOMelbourne #realhousewives

@Wallytaj I freaking love her. She works hard for the NBC Universal paycheque and between her and Mary’s confessionals are the only things currently keeping the show going.

@ScottishReality It’s fantastic! One of the best series I’ve watched in the past few years.

@RankedReal @KyleRichards And her big scene was bar none the most suspenseful in the film. I loved her.

Reading Not All Diamonds and Rose. Intriguing so far but I expected at least some form of narrative writing to at least bookend each chapter. It is literally a series of transcribed conversations amongst most involved! #realhousewives #bravotv

Oh and one more thing. If Tom’s mind were so gone then why the fuck were you still giving him your paycheques? Just when you start to maybe think there’s more truth than fiction in this then wham, she hits you with more ridiculousness. No ma’am. #RHOBH #bravotv

Part two of the #RHOBH reunion was so dull I couldn’t even muster up the will to tweet. 💅🏼💅🏼💅🏼 #bravotv

Lisa, Mary and Meredith in momma bear mode aside, #RHOSLC is turning into a snooze fest. Is a group event every second episode too much to ask for? #bravotv #realhousewives

I love Lisa Barlow. I don’t care if this is a set-up or not. She works hard for the money. #RHOSLC #bravotv #lisabarlow

Jesus - we do not need a Michael Darby Part Deux, G. We do not. #RHOP #bravotv #realhousewives

#RHOMelbourne Episode Two Too much time spent with the newbies - need more Janet, Gamble & Jackie Anjali - Like - that voice is butter and she’s messy Cherry - meh Simone - adorable Kyla - no thank you ma’am, no thank you That fight at the end? Anjali totally made that up.

As there was a year delay between the initial announcement and filming, I wonder if the originally cast newbies (Kyla, Anjali & Cherry) got together to plot against Gamble and Janet? Jackie is right - that story does not make any sense. #RHOMelbourne #foxtel #realhousewives

Anjali could read me the Bible on loop. The most gorgeous, sexy voice of any housewife across any franchise. #RHOMelbourne #anjalirao #foxtel #realhousewives

@SlutFromDee90s Each and everyone of these women bring something to the show. It’s the cast that’s the closest to perfection on Bravo.

@thirdking0208 Ashley is an A+ top-tier housewife who doesn’t get the credit she deserves in some circles. She’s hilarious, messy and not afraid to show her entire life for the cameras - warts (Michael Darby) and all.

@Ragamuffin_Tm Tamra was mentioned in every episode of the last season of RHOC and was shown in flashbacks like every third episode.

@hausofwives Season 3 is my favorite season of any housewives franchise ever and season 2 is the second best. 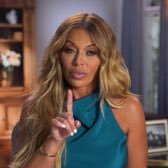 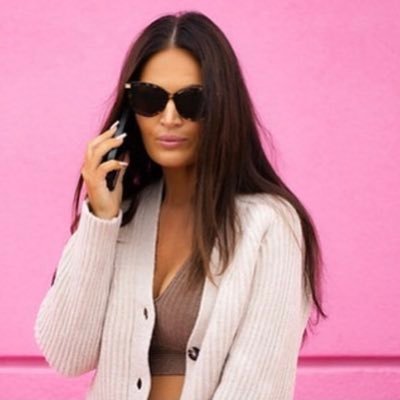 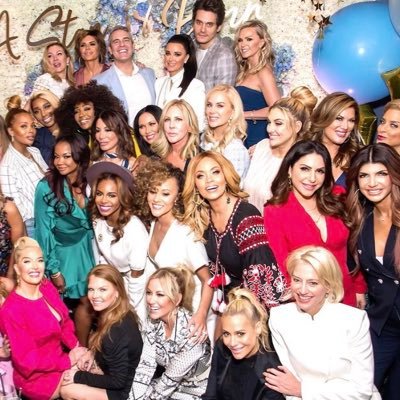