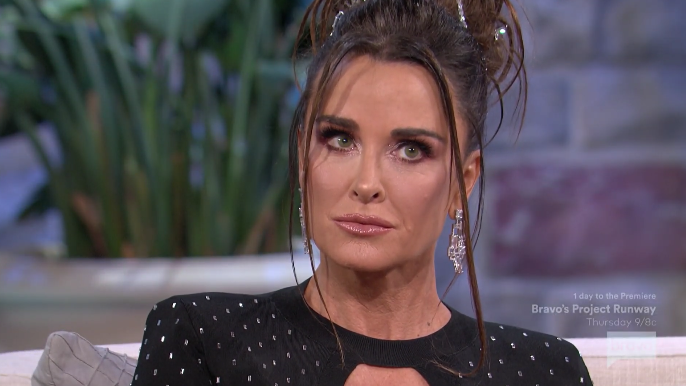 @queensofbravo Dorit means Passive Aggressive. It's obvious that's what she meant. I bet you gonna hear that phrase trending with fragile white woman who are uncomfortable around people of colour. Omg... Passively Provocative?

@VaiYonfluff @queensofbravo You’re going to end up with a bunch of contrived TV this way. They need to stop caring how they look, and just do them. Could you imagine If they had asked Garcelle “how do you feeling being the only black person in the group” social media would have lost it.

@ThisizRory @queensofbravo No. She's been asked that question before. That's an okay question to ask.

@VaiYonfluff @queensofbravo I think so too, but I can see Twitter now “oh what these white ladies don’t think black women can be around them” you see what I mean? They’re damned if they do damned if they don’t, and they’re aware of it. Which doesn’t make good TV. They should be able to go at Garcelle

@VaiYonfluff @queensofbravo If they feel they need to just like they do the other ladies, and just not care about the internet lol. That’s my point. These shows don’t work if they’re all thinking about what they can or can’t say to or around the person of color and vice versa.

@ThisizRory @queensofbravo But Dorit is uncomfortable talking about race. Saying oh the brown people in my home isn't just the help my mother's best friend is black is a tone deaf thing to say. The conversation about race Garcelle had with Kyle was great because Kyle acknowledged Garcelle's point of view.

@VaiYonfluff @queensofbravo I just don’t think it’s fair to Garcelle that that her cast mates feel they have to tip toe around her, something she’s said too. I want Dorit to be able to give Garcelle the same energy that she’d give a white woman, and not have to worry about how it looks. If everyone

@VaiYonfluff @queensofbravo Ok, but why is everyone so focused on how Garcelle feels. If Dorit or any of the other ladies feel some type of way, damn let them say it. That’s their reality Instead they get hit with the “white fragility”. If Garcelle was a white woman, the conversation wouldn’t even be had.